How Will Brexit Affect Manufactuers in the UK?

The debate around Brexit continues to intensify as not only the UK, but also our trading partners across the world, patiently await definitive announcements regarding our exit from the EU. The big question on the lips of all manufacturers is how will Brexit affect manufacturers in the UK?

At Granta Automation we remain cautiously optimistic about its effect on the sector and the economy as a whole and below we look into the current state of manufacturing and how things might develop over the next 12 to 18 months. 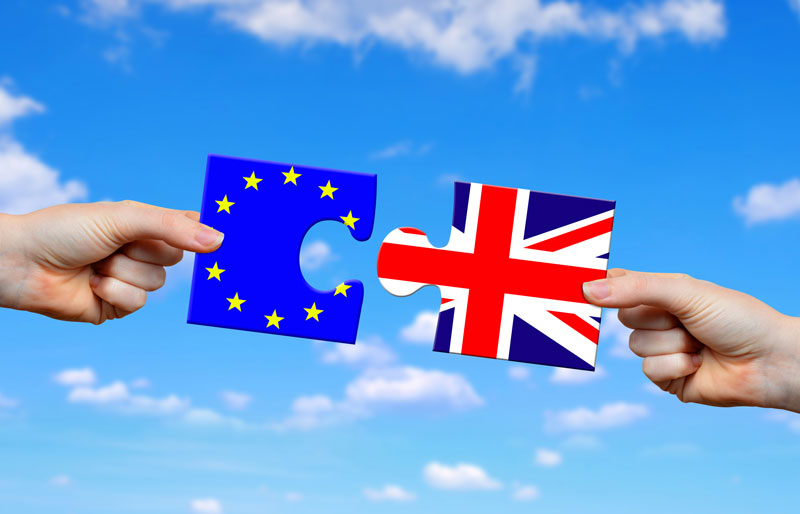 Manufacturing in the UK experienced an unexpected upturn throughout most of 2017, ending on a largely positive note, with the average between October and December 2017 the highest seen in the industry for almost ten years. However, there is still an air of uncertainty surrounding the long term effects of Brexit and how it will directly impact on the manufacturing sector.

As it currently stands, manufacturing makes up approximately 10% of the UK economy although this doesn’t take into account the many trades and jobs that support – and are supported by – the industry. How Brexit will impact on these industries is unknown and the ripple effect created through these associated industries could prove problematic.

Although 2017 ended on a high note, the economy has slowed down somewhat at the start of 2018. The first quarter saw growth drop to 0.4%, an 8 month low that is in stark contrast to the rise in production seen the previous year. Since the Brexit results were announced in June 2016 it is the second lowest reading, despite output remaining above 50 on the purchasing manager’s index.

With the pound starting to regain its strength British products are more expensive compared to previous years. Although, a new report by Barclays in February highlighted that overseas consumers were willing to pay up to 22% more for British food goods. This also translates across to other industries such as automotive (10%), alcohol (9%) and clothes (9%) with consumers prepared to pay premium prices for products that are labelled as British made.

Not every study offers such good news, however. Based on the current models of Brexit currently under consideration by the government there are concerns that British manufacturing exports could be reduced by a third, as detailed by the UK Trade Policy Observatory in their paper released earlier this year.

Their analysis was based on leaked estimates from the Treasury, building a more comprehensive model to assess the impact on 122 manufacturing sectors. They suggest that areas such as Sunderland, Coventry, Derby and Birmingham could be amongst those worst affected by the current Brexit plans. Taking into account increases to other domestic industries their final estimation was a total reduction in manufacturing output of 3.6%, with carmakers facing the biggest uphill struggle. The aerospace and pharmaceutical manufacturing sectors were also singled out as being particularly hard hit.

The collapse of Carillion at the start of the year may have put many other firms on edge about the coming 12-24 months, however, it should not be forgotten that the problems the construction giant struggled to overcome were far more complicated than simply being related to Brexit. It should also be remembered that optimism in the manufacturing sector was high at the start of the year, as illustrated by manufacturers organisation, EEF’s report which saw many business anticipating more productivity in 2018.

Industry 4.0, or smart manufacturing as it is also known, also holds significant opportunities for manufacturing companies, along with increased investment in automation and robotics and further integration of Internet of Things (IoT).

Of course, the analysis so far is based on hypothetical studies and research, using concepts and plans that are far from set in stone. Every week seems to bring a new development as disagreements continue between the Houses of Parliament, the House of Lords, the Irish government and the European Union themselves.

The uncertainty is unsettling to the business community as a whole and isn’t exclusive to the manufacturing sector, but until discussions are complete, decisions are made and new policies implemented, there is no sure fire way of knowing how the economy will be effected in the long run. The good news is that despite the lack of clarity the manufacturing sector continues to evolve and move forward and there are still a lot of exciting developments we can all look forward to over the coming months.

To find out how we can help you keep pace with the changing face of manufacturing in the UK, contact our automation consultants who are always on hand to quickly respond to your questions, and provide detailed answers based on your current automated palletising  requirements. They can be contacted on 01223 499488, or via email at helpline@granta-automation.co.uk

This entry was posted in Company news, Granta Updates. Bookmark the permalink.