Vigilance Decrement and How It Affects Your Business 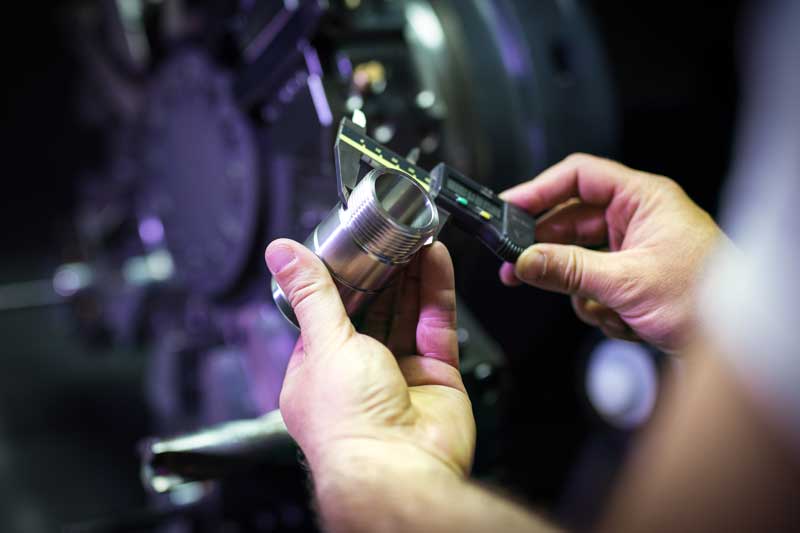 Quality control in a manufacturing environment is one of the most vital areas of the production process and its value can never be underestimated. Manually inspecting products is still a popular choice for many companies today and while it has some advantages, the downsides can prove to be hugely problematic.

In most cases this is due to mental fatigue of staff whose concentration levels naturally decline after an hour or two. The question is, why does this happen and what can be done to rectify it? Our blog digs a little deeper to find out more about the study of human concentration, the history behind a term referred to in psychology as vigilance decrement, and how it affects the manufacturing process.

What is vigilance decrement?

The term vigilance is used in the context of sustained concentration, meaning being able to sustain concentrated attention for long periods of time. A study focused on human vigilance was conducted during the Second World War by Norman Mackworth, a renowned British psychologist and cognitive scientist.

His 1948 paper ‘The breakdown of vigilance during prolonged visual search’ has since gone on to become the most influential publication about human vigilance. His study was centred on the mistakes made by radar and sonar operators towards the end of their shifts.

To understand why this occurred he used a test method that eventually became known as the Mackworth Clock. He discovered that operators experienced a decline in signal detection the longer they were asked to concentrate, an event now referred to as vigilance decrement.

Those who took part in the experiments were noted as losing between 10-15% of their concentration ability within the first 30 minutes of a two-hour period, and it continued to gradually decline over the remaining 90 minutes.

Graphs showing the downs and ups of vigilance. The vigilance decrement as a decline in signal detection over time or an increase in response time to correct detections over time.

Even in today’s technologically advanced manufacturing world there are still a large number of companies who rely on traditional manual methods in their factories. This is particularly true when talking about product inspection and quality control. Sometimes it may simply be a case of preference, or lack of budget. In many cases it is believed that manual quality control is the most accurate way to ensure goods are made to standard, with a premium price often paid to keep this manual process in place.

Norman Mackworth’s study on vigilance decrement focused on radar and sonar operators but the idea is transferable to any activity requiring long periods of concentration. In an age where mobile phones and digital devices are touted as being responsible for our shortening attention span, the results of Mackworth’s research is possibly more relevant than ever.

Staff members who are given the task of manual quality control will naturally experience a fall in levels of concentration the longer they are doing it. This will invariably mean quality control standards will also dip during this same period, allowing sub-par products to slip through the net. There is still a chance these mistakes can be identified before the goods reach consumers, but if not, this could lead to expensive returns and recalls and ultimately a loss in public confidence.

What can you do to reduce the effects of vigilance decrement?

The good news is you will be able to implement some measures that can help avoid some of the damaging aspects of vigilance decrement. What should be remembered though is that this will not eliminate the issue completely and will require close monitoring, intricate scheduling and potentially higher on-going costs.

How do I eliminate the vigilance decrement effect?

While there are ways to reduce the effects created by low levels of concentration during manual product inspections, it cannot be removed completely. Mistakes are an inherent part of our human make-up and while there are some positives to be gained from that in terms of learning from our errors, in a manufacturing environment it usually equates to loss of valuable time and money.

This is where automated machinery holds a big advantage, inspecting products at a faster rate without being affected by vigilance decrement even after hours of repeating the same process.

A perfect example would be vision inspection systems which are used to significantly improve quality control. These automated inspection systems use either standard 2D cameras or 3D laser line scanners. This enables manufacturers to check and read product labels, measure the size and shape of objects to ensure each one is at the correct dimension, inspect for marks or scratches and much more.

Understanding which machine vision system is right for you may require a little assistance, but regardless of the scale of operation or type of product there is one available that will ensure your quality control is significantly improved.

This entry was posted in Company news, Granta Updates and tagged quality control. Bookmark the permalink.